The Brief: make portraits of 3 subjects, keeping the background to the image consistent. These can be inside, in a studio, or outside with an interesting background.

I decided to take the images in or around our local abbey. It has several advantages in that there are options for both inside and outside images.

I spent a session in advance of the main event exploring the possibilities with one of the subjects. We found several inside possibilities and several outside, which allowed for variation on the day if weather altered plans. I had thought about taking the photographs against the interesting twisted columns inside the abbey, but when I looked at the trial images they did not work as the background was too complicated.

I asked people to dress in a way they felt comfortable and explained the exercise to them and showed the group some of the trial images. I also explained that, while I wanted a relaxed image, I didn’t particularly want them grinning from ear to ear.

The weather was not ideal, as it was a very grey day, with little sunlight. This affected both the inside and outside images as there was limited light in the abbey, so some of the possibilities I had thought about were not feasible. I was not able to use flash in the area. We walked the site, stopping to take a group of images at 5 places. In each area I took photographs of each person and often a group image. Halfway through one of the people requested that her photographs were taken without her glasses on, so we went back and redid those ones.

I ended up with 2 sets of images taken inside and 3 outside.

The Tiffany Window. This stained-glass window was commissioned by Andrew Carnegie in commemoration of his mother and was originality planned to be placed in the original abbey but was thought to be not religious enough and after several placing in Dunfermline has now been mounted in the 19th century partial rebuild which is used currently. This option was the favourite of all the participants.

Inside the old abbey. There were several possibilities here, but on the actual day I was limited by the light and no flash. This meant that the backgrounds were not as interesting as I had hoped from the trial day.

The front door. This massive door is not used but is spectacular. To show the whole door meant that the images of the people were small, and the focus was on the background rather than their portraits.

The side door. This showed a balance between the old building and the people

The graveyard. I had hoped for some images here, but it was raining so they were limited. In the trial images the tree and the old gravestones made a more interesting scene than the final images of more close-up portraits with just a tree.

I was reasonably happy with some of the final images. I struggled to chose between the images in front of the Tiffany window (which was the preferred spot of all the subjects) and the ones on front of the doors outside. The main door was very impressive – but became a photograph of the door (with the people for scale) rather than of the people. If the weather had been better (or there was the opportunity to re-shoot) I think the images against the graveyard would be worth exploring further. 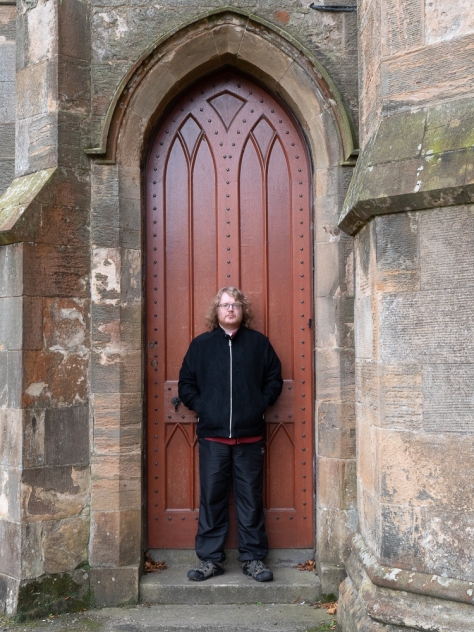 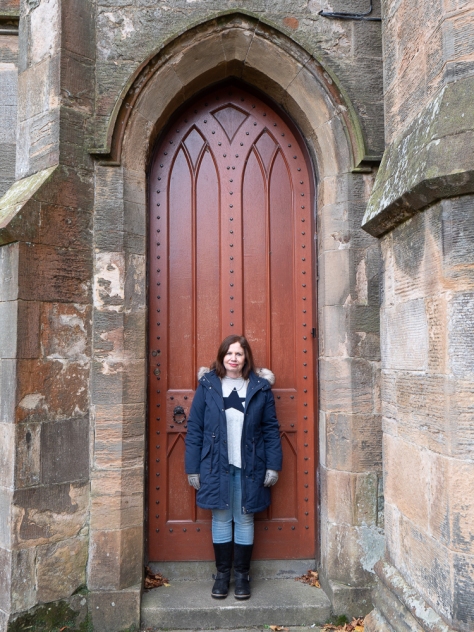 The past is transparent
Ghost face
Ghost face
Beneath the surface we are connected
Loading Comments...