I had an interesting Skype tutorial with my tutor which was, on the whole, positive. He reminded me that, as the photographer, I should be in control, rather than my subjects being in control. A piece of advice I have tried to take on board, although, so far, with limited success. It is difficult to tell your daughter how to pose without being told that she will do it how she wants!

He suggested trying different edits of the images which I have done. I definitely prefer one of the edits he suggested – the deadpan look. This made me really think about the need to consider exactly what you are attempting to show rather than taking the simplest option. Assignment 1 – Rethink

Chandler says ‘ our received understanding is that a portrait should be a kind of penetrating analysis, and , furthermore, that the most effective and enduring portraits are those that are the result of some connection, or even chemistry, having existed between the artist and the sitter’ (Chandler and Von Zwehl, 2014).

Von Zwehl, Sternfeld and Graham all use portraiture as a way of describing their world. Of showing what is important. However, they are very different. Von Zwehl uses minimalistic images, sometimes just a silhouette with little or no visible background. The images are often black and white, or, if colour, muted. Her recent work is small and relies on the series to tell the story, which is more about the feeling and emotion rather than the individual person. Chandler says ‘the profile is a form of distilled representation – the rendering of some emblematic essence of the person depicted …. both accurate and unsentimental’ (Chandler and Von Zwehl, 2014).

Sternfeld’s images in Stranger Passing are large scale. They tell a story about that person in that time and at that place (although it is an imagined story and someone else’s interpretation might be different). In this case Sternfeld took images of strangers who he met while travelling – they remain penetrating studies of the person – so this raises the question of how rapidly you can make a connection with someone to be able to take a valid portrait. This may well be a skill that can be acquired, but I suspect to acquire it one needs an interest in people that goes beyond the superficial who, what and where. Why – is probably the most important question of all.

Graham’s recent book Mother shows pictures of his own mother towards the end of her life. Like Von Zwehl in Made Up Love Song he is concentrating on one person (his mother) using images taken in the same place (her retirement home). However, unlike Von Zwehl he starts the series with a close relationship (child to parent) and the images are reflecting on how this relationship has altered with time. It is a very personal piece of work, haunting in nature as one is aware that these are likely to be some of the last images he will take of her.

In Sontag’s work Regarding the Pain of Others (Sontag, 2003) she makes several statements that are relevant in the context of portraiture –‘‌a portrait that declines to name its subject becomes complicit, if inadvertently, in the cult of celebrity that has fuelled an insatiable appetite for the opposite sort of photograph: to grant only the famous their names demotes the rest to representative instances of their occupations, their ethnicities, their plights’ and ‘Photographs objectify: they turn an event or a person into something that can be possessed. And photographs are a species of alchemy, for all that they are prized as a transparent account of reality.’ She also talks about memory and mourning and how photographs help with memory, how they can ‘haunt us’. She says ‘Memory is, achingly, the only relation we can have with the dead. So the belief that remembering is an ethical act is deep in our natures as humans’ – Sontag is discussing this in the context of images of war, terrorism and similar acts of violence but it also applies to memory of those near to us, friends, relatives, those we know.

I had a very interesting discussion with my tutor about assignment 1. In which he said:

‘It’s clear that you have engaged with the assignment and produced an appropriate response to the brief. Photographing strangers can be a fairly daunting prospect so it’s great to see that you embraced the situation and assignment brief. Your idea to set up a table and photograph outside of your house is an interesting concept. It’s evident that you made your subjects feel comfortable resulting in their willingness to sit for you. As we discussed, it’s clear that you could have taken more control over the portrait sessions, remember that you are the creative, you are the author, the one with the vision. In future try and take more control over the situation, you are the director. Mostly it’s about confidence and the more you engage with portrait photography the more accomplished you will become – so make sure that you continue to pursue this genre.’

Further discussion was around the fact (that I was already aware of) that all the people were smiling. He suggested I went through the images again and tried for different edits:

We also discussed that I could have been more directive with where I wanted my subjects to stand – to avoid the problem with random variations of background.

Both sets have a very different feel, and also a different feel from the original edit. Overall, I think I prefer the ‘Deadpan’ set. I was fascinated to find how such a relatively small change in the edit could make such a difference to the project.

I further change I have experimented with is to make all the deadpan images black and white which I think suits the style and also takes the focus away from the clothes and the bright colouring onto the faces. It also deals with the background variation problem. 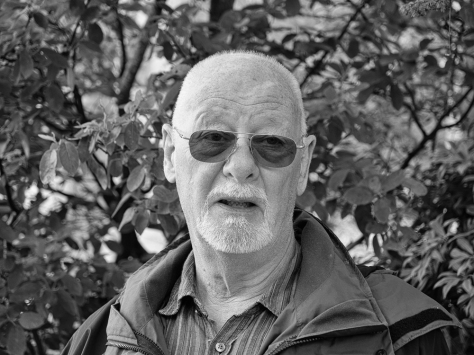 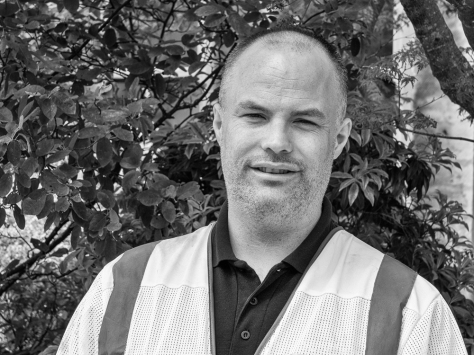 Demonstration of Technical and Visual Skills:

Overall, I am happy with this piece of work – although I am still not very confident about taking pictures of strangers. It is definitely a skill that needs practice.

The brief was to take 5 portraits of people from your local area who were unknown to you.

Until starting the OCA course portrait photography was something I avoided at all costs. I would happily take snapshots of others using there’re cameras if asked to do so, I have a plethora of shots of my children growing up, all informal – but no formal, or even semi-formal portrait images. The first project my first tutor asked me to do was in assignment 2 – Collecting, when he asked me to do the collection of faces. I was terrified. I went down our local park with my dog and allowed her to choose who we approached – I then asked them for an image and surprisingly few said no. Since then I have become more confident, but mainly with people I know. I took many of the pictures at my daughter’s wedding – not the formal ones, but those of her friends and family. I have taken pictures at ‘work do’s’ – and given people the resulting images. However, I still approach taking pictures of strangers with trepidation.

For this assignment I expanded on a thought I had had earlier in IAP when we were asked to think over our very first assignment The Square Mile. I had thought it would be interesting to take portraits of people in my street and ask them why they were there – so I decided to do exactly that. I picked a site just outside my house, where I could set up a table and chair and where a reasonable number of people might walk past in a day. I was initially worried that none of them would be strangers as I have lived in that house for 25 years, but in practice that was not the case

Prior to doing this exercise I read the link provided by OCA and found it interesting that so many people are anxious about talking to and photographing strangers – but that most had similar experiences that when they actually did it people were generally friendly and helpful.

This assignment was heavily based on the work done earlier in part one looking at portraiture and typologies.

Talking to the strangers was easier than I had expected. Almost everybody was prepared to stop and talk to me, even the postie, the dustbin man and the person digging up the burst water main.  They were happy to tell me about themselves, some were very chatty, others fairly brief. I got 2 refusals, with just a wave, and a ‘too busy’. I got one person who stopped for a long chat, saying he took photos himself – but he was always the person behind the camera and didn’t allow any pictures of himself to be taken.

Most of the people walking past were complete strangers, even the ones who also live in the street. Two had just moved in, but one had also lived there 20 years. It is worrying how little I know about my neighbours, even in a quiet, residential street, where most people live long term. Two of my close neighbours also asked to be photographed when they saw what I was doing – but I have not included them in this collection.

Everyone was interested in looking at the images I had taken on the iPad. Some asked for me to redo them as they were not happy with their pose. Some pulled very silly faces, then couldn’t stop laughing.

The light changed dramatically over the day, with changes between flat light under cloud cover to bright sunlight. I was also out all day, so the position of the sun changed, initially to one side then overhead then directly behind me shining into the people’s faces. This caused some problems with reflections. The project could  have been  carried out over a much longer period of several days, going out at the same time every day, but I was interested to catch the group of people who went down the street over one day – so had to allow for the changing light.

I wondered about cropping the images to a square format – and am still not sure about the better option – more space versus close detail.

I also considered a black and white conversion to echo the images of Sander more closely – but decided that these were 21st Century images, not 20th – so felt better in colour.

I took pictures of: the postman, the dustman, a water repair man, a teacher, a policeman, a retired businessman, a social worker, another teacher, an entertainments manager (his description – he puts up bouncy castles), a sheriff  court official, another retiree and a stay-at-home father.

A fever dream
Gold leaf
Broken in time
What do you find in the compost bin?
Dreaming of space
Loading Comments...